AI Diagnostics: How Emerging Tech Can Solve The Serious Problem Of Diagnosis In Women's Health

As an underresearched population, women have struggled with getting the diagnoses they need early on. AI diagnostics might flip the script on that.

Medical professionals tend to find diagnosing and treating women's health concerns more complicated. Moreover, women have struggled with diagnoses for reasons like lack of research and a lack of understanding of common onset symptoms.

It’s not new that more research needs to be dedicated to solving women’s health problems. But luckily, trends in AI technology and diagnostics may prove to be useful technology to support diagnosis in women’s health.

A large portion of the population knows that they can turn to a medical practitioner for medical support. They also know that diagnostics and medical care are not perfect. It’s often when a second or third opinion is needed, and a patient is struggling to find the care that they require.

But women face a different kind of diagnosis issue, and this does not have to do with women’s reproductive diagnoses.

According to a large Danish study, women seem to be diagnosed years later compared to men when diagnosing many of the same diseases. This study of 6.9 million people found that of the same conditions found in both men and women, men were diagnosed an average of four years earlier in age compared to women.

This study looked at a wide range of diseases, many of which could come from the environment, genetics, or biases in healthcare itself (the causes of which are unknown by researchers). Regardless, across a hundred diseases and 6.9 million Danish folks, the gender of the patient apparently affected the timing of the diagnosis.

Understanding the Diagnosis Issue in Healthcare

It’s important to look past the shock of this claim and assess what might be going on. The study pulled data from a lot of records. If women weren’t hospitalized for an issue, this might be an indicator that the issue was not being looked at by doctors at a time when men were hospitalized for the issue. A hospitalization would show up in the data.

If hospitalization is at play, then the diagnosis for men might be more appropriate because the chance of more severe symptoms presenting might be higher. However, we are unsure if this is the case. What this brings up are symptom presentation and gender biases.

Diagnostic tests are also male-biased(opens in a new tab) and this comes from years of research that suggested that men were more likely to get the disease than women. This, we know, has more to do with the training and lack of research around women.

The importance of early diagnostics is well-known(opens in a new tab). Catch cancer four years earlier, and you have may a chance at fighting the disease into remission.

Catching a disease early is, in 99% of cases, better than catching it later, even just four years later. If an AI tech is capable of diagnosing an individual earlier, even if they are not presenting symptoms, there are no known negatives (other than the quality of life) that could impact that diagnosis.

An unprecedented wave of innovation is exploring how emerging technologies(opens in a new tab) can transform the women’s health space. Digital birth control, wearable breast pumps(opens in a new tab), and more are all starting to emerge. We are starting to see greater financial trends as well, with an increase in womens’ health market funding in the last 7 years.

So what about diagnostics? Luckily, emerging tech is applying their innovative ideas to treat the disease and conditions commonly affecting women, like cancer, reproductive health, pelvic health, menopause and post-menopause, and pregnancy-related conditions.

And this is good news.

In fact, AI has shown promise in the ability to diagnose illnesses as well as human doctors(opens in a new tab) do. In a first-of-its-kind systematic review and meta-analysis, researchers looked at AI for diagnostic effectiveness based on a medical image. While more studies are needed, the fact that AI could offer automated and data-rich diagnostics for more patients will alleviate the burden of diagnostics from human doctors.

Think about it—we have so many people and not enough doctors. And doctors are getting tired, so it is natural for doctors to put aside diagnosis until the issue is critical or avoid patient care until it’s necessary. This is not an ideal way of operating, but it’s become a way of survival.

AI diagnostics could alleviate this problem, providing a better diagnostics tool through automation, technology, and genetics, offering nurses and doctors a quick preliminary diagnosis to make care simpler. It can also add to the growing repository of virtual care that physicians will be adding.

With an AI-generated diagnosis at their fingertips, doctors can quickly recommend a treatment or prescription remotely to control the pending problem and eliminate the load on healthcare in the future.

The role of AI in healthcare is exciting, to say the least. Not only will it solve many of the problems that plague underrepresented populations, but it will also solve the problem of a lack of personnel in the field.

With the support of data-driven healthcare and remote care, more patients will be able to treat illnesses preventatively before they become a problem! 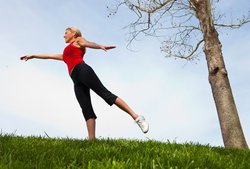