The Forgotten Demographic: Why a Female-centered Approach to Biotech is Critical

Biotech has a woman problem, and it's complex and multifaceted. Here’s why we need to include this forgotten demographic.

The disparity for women in the biotech industry is extreme, and in some cases, disheartening. But their absence affects more than women’s choices and their desires to pursue their own interests.

Biotech companies are also missing out on unique opportunities for innovation, including treatments for diseases and conditions that were thought to be incurable. This disparity is not only affecting the entire world and our available technology but additionally innovations that would solve complex female medical issues.

The problems are clear:

There are not enough women in the biotechnology industries, and, in turn, biotechnology is lacking innovations that target medical issues that women alone experience.

This article will address the multifaceted issues around the women in biotech, the forgotten demographic.

Conversations around biotechnology and women are usually centered around a disparity of women in chief positions of power(opens in a new tab). 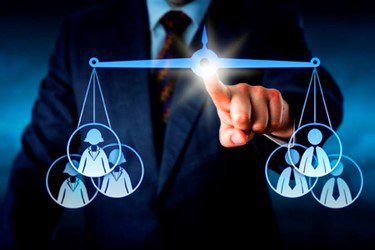 Researchers suggest that while proportions of women remain relatively balanced in academic institutions, we struggle to get women into positions of power within biotechnical firms and funding female-led startups.

American molecular biologist and Amgen Professor of Biology Emerita at MIT Dr. Nancy Hopkins(opens in a new tab) initially came across this gap in the 1990s when she was approached by a graduate of the Harvard Business School who had seen a list of scientists whose start-ups had been funded by local venture capital firms. Of the 100 names, only 1 was female.

Considering that there were nearly 50% of female biology graduate students(opens in a new tab) at top biology universities, the lack of startup capital offered to female biologists was shocking.

Given this information, Hopkins decided to conduct an informal survey of biotech startup companies founded by faculty from top universities and medical centers and the data showed similar results:

Among current websites on four of the top venture capitalists companies for biotech, there were only two female partners. Furthermore, 95% of Harvard and MIT professors who started biotech companies were male. Another 90-95% served on advisory boards

Statistics about gender disparity(opens in a new tab) in science, technology, engineering, and math (STEM) are clear.

Unconscious bias, stereotypes, and what Outsourced Pharma(opens in a new tab) calls a “leaky pipeline” continue to be some of the underlying, contributing factors resulting in disproportionate ratios of men and women in STEM careers.

Clearly, understanding the impact of gender diversity (or a lack thereof) in STEM and venture capitalist firms can be impossible to measure(opens in a new tab).

The biotechnology industry is massive and monumental. This is the industry where science and business collide, turning rich academic insight into medicine and exponential technologies(opens in a new tab) that could change the world.

So the inclusion of ideas for and by women makes absolute sense. It has always been clear that diversity stimulates new conversations and thoughts, brilliant innovations(opens in a new tab), and solutions to tricky problems.

And there are a myriad of tricky problems plaguing women right now. In the last five years(opens in a new tab), women have continued to battle issues related to reproductive health and reproductive rights, access to education and equal employment opportunities, gender-based violence, mental health(opens in a new tab), maternal health, child marriage, female genital mutilation, period poverty, and access to sanitation.

There is no telling what ideas women in biotech could come up with. If we redirected biotech funding to be more focused on women-led, women-inclusive, and women-focused issues, then there is an immeasurable potential(opens in a new tab) for coming up with solutions plaguing women across their entire lifespan.

When women get in places of power and innovation, they have the ability to solve issues specific to female needs. 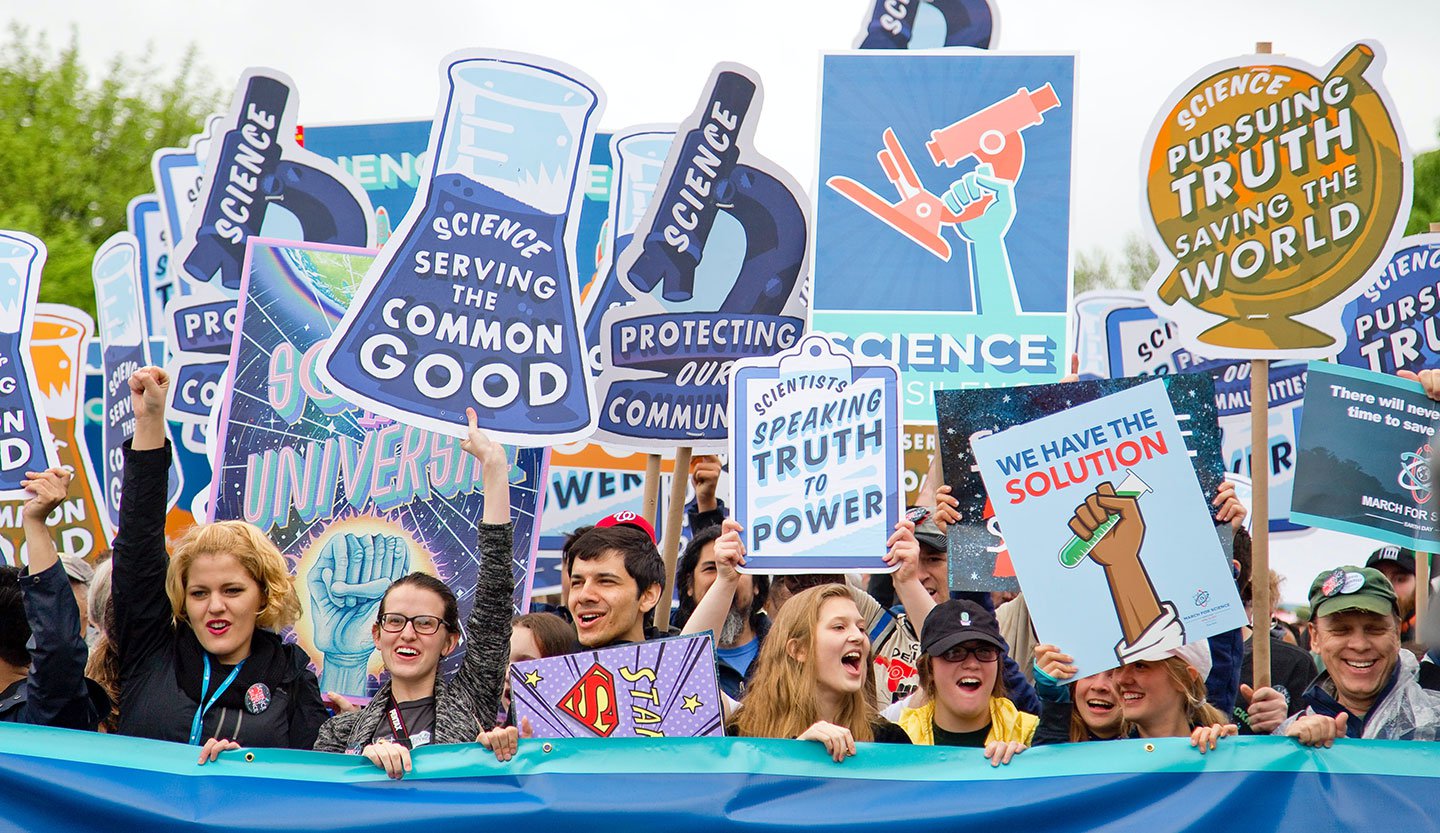 I think of companies like Knix and DivaCup(opens in a new tab) who are redefining the product market for period health. Knix was founded by powerhouse Joanna Griffiths(opens in a new tab) who wanted an underwear product with a lot of function (rather than frill). Her patented Leakproof Underwear transforms not only beauty standards but self-confidence. Knix also cultivates communities through their Faces of Fertility and The Live After Birth Project.

These innovations have drastically changed the conversation and approach to women’s health, and more innovation, money, and knowledge can be applied to women from birth to old age.

While research and awareness are largely focused on period health, there remains limited resources and knowledge for women in their 40s(opens in a new tab), 50s, and 60s, women are usually no longer in the rich stage of fertility health.

By 40, women experience a range of medical issues linked to hormonal shifts(opens in a new tab). Referred to as the proverbial “40” hill, women in their 40s usually start to experience perimenopause, with some even skipping to full-on menopause before they reach 50.

Fluctuating estrogen levels make it difficult for women to get pregnant, and cause menopause-related symptoms, including less vaginal lubrication, changes to caloric needs, and signs of aging.

Women in their 50s(opens in a new tab) continue to adjust to these changes. Hot flashes, a decrease in physical activity, and increasing medical issues like the risk of cancer don’t make healthy living or functional living easy. Women in their 50s also experience issues related to mental health and their body while navigating menopause.

By the time a woman reaches her 60s(opens in a new tab), her reproductive health is all but forgotten. And women are told to remain focused on skin health, heart health, bone density, and keeping track of metabolic changes.

Addressing the Full-Spectrum of Women Issues

While biotechnology advancements for perimenopausal women may not sound life-altering, they can be.

Perimenopause and menopause affect every human with a female-defined reproductive system, which means that by the time a woman hits menopause, she is experiencing significant hormonal changes, including increased risk of heart disease, bone density loss, and reproductive health decline.

The implication is that these women succumb to natural-age-related decline(opens in a new tab). It falls in line with similar complaints related to period pain. The pain is normal, so why do anything about it? Period pain and menopausal symptoms run rampant, and, much of the time, they affect a woman’s life greatly.

Because of the cyclical hormonal changes, women make adjustments to their lifestyle when pain, uncomfortable symptoms, or fatigue come up, taking her away from important work like practicing as doctors, researchers, and scientists.

Aging women are, similar to men, filled with a rich range of knowledge and experiences, but are uniquely facing reproductive changes that men don’t experience.

By addressing the full range of health-related issues that women experience, the biotechnology industry could be giving new life(opens in a new tab) to aging women.

We Need a Female-centered Approach to Biotechnical Innovations

The power of biotechnology and the future of health is immense(opens in a new tab), and failing to include women of all ages in its production and distribution is failing a large portion of our population. A female-centered approach to biotechnical innovations gives us more opportunities for human improvement.

Here’s one example where this is possible:

The widely known male erectile dysfunction pill known by the brand name Viagra is for the drug called sildenafil(opens in a new tab). While the drug has not been approved to be taken for women, it has been shown in initial trials to be a drug capable of reducing period pain(opens in a new tab).

Additionally, a 2014 review(opens in a new tab) of sildenafil showed that the drug could improve arousal, vaginal lubrication, and orgasm in women with certain cases of sexual arousal disorder.

The control and management of period pain have long plagued women, mostly in part because no such pill exists. And the issue of sexual arousal disorder also remains under-researched.

But get this—the development of sildenafil showed relief for menstrual pain, but it was not pursued because it was not deemed worthy of funding(opens in a new tab). Once arousal was detected and the drug was found to improve erectile dysfunction, the drug was patented by Pfizer under the name Viagra.

Innovations directed towards women’s issues(opens in a new tab) can have broader implications as well.

Instead of directing funds and advancements to men and male issues, we need to redirect funds to solving problems females experience(opens in a new tab). We also need to include women in positions of power in biotechnical firms and provide startup capital to female-led companies.

This is known as a female-centered approach to biotechnology, and with it, we may see a wider range of innovations that help the greater good!

Dr Wright and partners at One Red Arrow(opens in a new tab) mentor and consult with biotech ideators to efficiently plan and execute their visions. The shortest distance between NOW and the future is One Red Arrow. 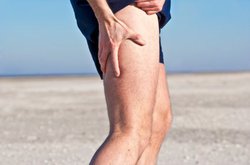 How to Treat Shin Splints