Imagine a world where young girls and women were not only taught that all bodies are valuable and beautiful but also built for pleasure. If those conversations spilled over into policymaking, it could even lead to more support for protecting women’s autonomy when it comes to their own bodies and supporting family planning, paid maternity leave and subsidized child care.

“We don’t give sex its due,” said Dr. Vonda Wright, founder of Women’s Health Conversations. “It is not merely a three-letter word that describes your chromosomes or the heat of the moment. In fact, sex is a public health issue when we surround it with conversations around birth control or sexually transmitted diseases and infections.”

Millennials, in particular, have a broad view of sex and its reach.

“Sex is public policy when we surround it with conversation around maternity and paternity leave or job progression. Sex is even a legal conversation when we discuss the #MeToo movement and sexual assault or harassment. Millennials are viewing sex as all of these issues and not just about pleasure,” Dr. Wright said.

According to the Centers for Disease Control and Prevention (CDC), nearly one in five women has been raped at some time in life (2011). In the military, one in three women is a victim of sexual assault. One in four women has been a victim of severe physical violence by an intimate partner in her lifetime (CDC, 2011). Furthermore, a startling number of 1.5 million high school students reported having been intentionally harmed by a dating partner (DoSomething.Org).

If men and boys were raised to respect women’s bodies, imagine what the world would be like.
Comprehensive sex education in schools would help, too. In other countries around the world, these issues are being brought to the forefront as more women enter positions of power, allowing for them to re-examine the ways society and the female body intersect.

In the United States, women hold only 17% of the seats in the U.S. Congress and make up just 4% of top leadership positions at Fortune 500 companies. Yet, for every dollar a man makes, women earn 76 cents — or less among women of color and Black women. (Valentini, 2010).

It’s also important to recognize that access to reproductive health resources is impacted by people’s race and income level, as well as gender identity. Women are not a monolith; Acknowledging that will help amplify their collective voices and experiences.

“The ways in which we have been conditioned to look at our own bodies naturally feed into the ways in how we create policy around the female body. We must reeducate ourselves and teach our children that their bodies are sacred,” said Natalie Bencivenga, syndicated Ask Natalie advice columnist and licensed social worker. “Only when we recognize our collective strength can we start to dismantle systems that oppress women and girls, holding them back from their full humanity and potential.” 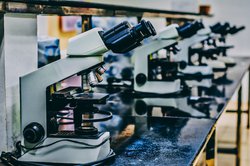 How an MD Can Help Guide Product Development